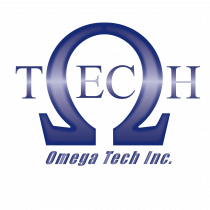 Piab’s piCOBOT is that clever EOAT. It is clever because it is configurable and generically compatible, which means it can work with any cobot and smaller industrial robot. But, it is also clever because it is made up of a pump unit that utilizes Piab’s highly efficient vacuum technology and a light-weight gripper unit that can be fitted with suction cups of almost any size and shape thanks to Piab’s extensive range of suction cups.

Compatibility, efficiency and flexibility are prerequisites for successful collaboration. And piCOBOT® delivers on that promise – a promise that was there from the very beginning…when two professors from Northern University in the US invented the cobot in 1996, their project building on a 1994 initiative by General Motors aimed at making robots safe enough to team up with humans. Generally described as “intended to work alongside and/or directly interact with humans in a shared space”, cobots are able to take care of many repetitive, unergonomic tasks or tasks that are potentially harmful to humans. However, the human-machine collaboration could be developed further.

The International Federation of Robotics arranges industrial applications for cobots into four different types: 1. Co-existence, where humans and robots work alongside each other in separate workspaces. 2. Sequential collaboration, where humans and robots share tasks in a common workspace, but not at the same time. 3. Co-operation, where humans and robots work on the same part or machine at the same time, both being in motion at the same time. 4. Responsive collaboration, where robots respond in real-time to the motions of humans.  Currently, most examples of industrial cobot applications are found within type 1 and 2. Piab’s clever and user-friendly end-of-arm tool piCOBOT® is enabling greater scope for type 3 applications with a view to move towards the responsive collaboration of type 4.

Originally developed and certified to work with cobots from Universal Robots, a pioneer within the field, piCOBOT® can now work with any cobot, making it even more collaborative. And that is also down to collaboration – the collaboration between myself as Global Product Manager Automation and Piab’s excellent Research & Development team. Responding to numerous requests put forward by robot manufacturers, I asked the R&D team to make a generic version of the original piCOBOT®. As a result, we now have a generic electrical interface with a standard cable and different mechanical interfaces that offer our customers plug-and-play extensions to cobots of any make.

Need a part quickly or in a large volume?

Need a custom part? Contact us to find the ideal replacement part.

Omega Tech, Inc. is a family-owned and operated company. As a leading distributor of pneumatic, hydraulic, and vacuum related components, we assist companies of all sizes with replacement parts.

We have been in business since 1980, serving various industries in Nebraska and Iowa.

We carry inventory, and many items can be shipped the same day.